Remember About the Loaves

Over the course of last winter, we found ourselves in increasing need of a new computer in our household—a new computer which we could not afford to buy.  This need came to a head one day in February when, in frustration over the issue, I told my children to “ask Jesus about it.” That very same night we walked out of our Pastorate with cash in hand to purchase a new computer—generous gifts from those prompted by the Spirit to give without even knowing our specific need.  Jesus had heard my children’s prayer.

A week later, I found myself pacing restlessly around my kitchen over another issue of financial concern.

Why was I pacing? Why was I fretting? Well…I had forgotten about the loaves.

In Mark 6, the story of Jesus walking on the water comes right after the feeding of the 5000.  When the disciples see Jesus, they are terrified because they think he is a ghost.  Jesus tells them not to be afraid and climbs into the boat. The winds immediately die down, utterly astounding them.  Why were they so terribly astonished?  In verse 52, Mark tells us it is because “they did not understand about the loaves, but their hearts were hardened.”

The idea of the hardened hearts echoes Psalm 95. This is a Psalm of praise that speaks of God’s care and provision for his people. But, in verse 8, the tone switches to a warning: “[Do] not harden your hearts, as at Meribah, as on the day at Massah in the wilderness, when your fathers put me to the test and put me to the proof, though they had seen my work.” The incident mentioned here is recorded in Exodus 17.  Moses and the people of Israel were wandering in the wilderness and there was no water, so the people quarreled with Moses, asking, “Why did you bring us up out of Egypt to kill us with thirst?” (vs. 3) and, “Is the Lord among us, or not?” (vs. 7).  God then provides by means of water that comes out of a rock.  But that place is given the name of Massah, which means testing, and Meribah, which means quarreling.

The people had seen God’s deliverance from Pharaoh and the great army of Egypt, and yet they fell to grumbling.  They had forgotten: their hearts were hardened—just like the disciples, who panicked when they saw Jesus walking on the water and quieting the wind even after his miraculous provision in feeding the 5000. And also like me, when I fell to stewing over financial concerns yet again after his miraculous provision of a new computer at just the right moment.

When we walk through difficult seasons, it is easy to lose sight of where God is in the midst of it. This is when it becomes so important to look back upon his past faithfulness—to “remember about the loaves.”

Reflect on God’s past faithfulness and provision in your life. What touchstones do you have to hold onto when the moments of doubt slip in? Why not write these down and post them as reminders of his absolute trustworthiness. 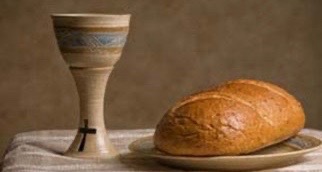